Excerpt from Fr. Hewko’s Letter to the Faithful

To The Few Friends of Christ Crucified,

In 1988 Archbishop Marcel Lefebvre coined the term “Operation Survival” to describe the emergency state of the Church since the Second Vatican Council, and the task for those professing the Faith to continue fighting for Catholic Tradition!

What would he say today? He would proclaim: “Operation Survival” is more urgent than ever! The Battle for Catholic Tradition calls up each Member of the Church Militant to arms, to fight generously, to not look back, to raise the standard of the Sacred Heart higher and higher, now, more than ever!

The true Catholic Resistance began with Abp. Lefebvre, which he mobilized and heralded in the great Declaration of 1974. This Resistance to the destruction of the Church is much more demanding now than thirty-three years ago! While the cancer of compromise with Modernism gnaws, like maggots, at every level of the Church, it is necessary to do all we can for the glory of Christ the King, Catholic Tradition, and the salvation of souls! It is nothing other than: “To restore all things in Christ!” (Pope St. Pius X).

This is why it appears necessary to initiate a fundraiser for a suitable property which can receive candidates for an Oratory, with the formation of Traditional Catholic priests as its ultimate goal. What else can be the Will of Divine Providence and of Holy Mother Church?  …   [continued below]

[Fr. Hewko’s complete Letter to the Faithful can be found on page 2 in the online brochure below]

For Those Good Souls Wishing To Contribute

Donate securely online or via check made out to Sorrowful Heart of Mary, please specify “For Property” and mail directly to:

All Donations are Tax Deductible

A noble and worthy priesthood, according to his first encyclical, was to be one of the means towards that of restoring all things in Christ, “which was to heal the wounds of the world.” – “The priest is the representative of Christ on earth”, he said on one occasion to the students of the French College in Rome; “he must think the thoughts of Christ and speak His words. He must be tender as Christ was tender, pure and holy like his Lord; he must shine like a star in this world.” 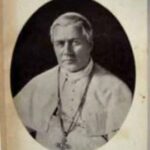 This was not easy he acknowledged; it needed a long preparation of study, of self discipline, and of prayer. The spiritual weapons must be well tempered for the combat, for the fight would be hard and long. “A holy priest makes holy people,” he said on another occasion; “a priest who is not holy is not only useless but harmful to the world.” 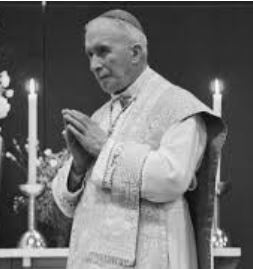 And this must be the object of our prayers, the intentions of our sufferings, and the purpose of our life. We must have no rest until Our Lord’s reign is established.”

God bless the children! This video clip is taken from Fr. Hewko’s sermon titled “XXIV Sunday After Pentecost [5th Sun. After Epiphany] ’21 MA”, which can be viewed in its entirety here:

Total Donated to be Updated on the 15th of Every Month